Graduate student Grace Edwards has an article in the recent issue of Chinese Southern Diaspora Studies (Vol. 6, 2013). In ‘Dancing Dragons: Reflections on Creating a Cultural History of the Chinese Australian Community‘, Grace reflects on her research into the history of Chinese involvement in dance-related cultural activities in Australia in activities such as Cantonese opera, dragon dancing, the Young Chinese League’s debutante balls and the Sydney Chinese community’s Dragon Balls. 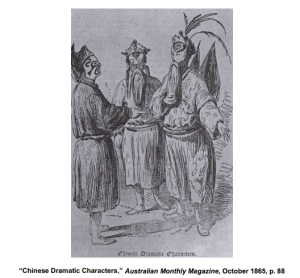 Professor Heejin Lee, from the Graduate School of International Studies (GSIS), Yonsei University, Korea, is visiting SHAPS until early 2014 as the recipient of an Australian government Executive Endeavour Fellowship. Professor Lee will be working on developing a curriculum for teaching about Australia at Yonsei University, in the broader context of International Studies. He founded the Centre for Australian Studies at Yonsei University in 2008. The centre is the only one of its kind in Korea, and its mission is “To Connect Australia and Korea Closer through Research, Education and Networking”. 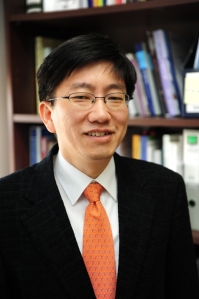 The School of Historical and Philosophical Studies is developing a program of cooperation with the Department of History at Nanjing University. A delegation comprising Professor Chen Qianping (head of department), Professor Yu Wenjie and Associate Professor Luo Xiaoxiang visited Melbourne this week to discuss a collaborative program which will include a University of Melbourne undergraduate overseas intensive  (Urban Histories in China and the West), building Australian History at Nanjing University, research collaboration, and a program of staff and student exchanges. 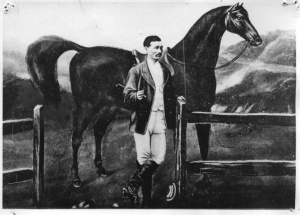 Sascha Auerbach explores relations between the imperial and the intimate, the ways in which Victorian class and gender expectations shaped British and Australian understandings of the possibility of Chinese assimilation into British societies, at a time when the home was increasingly becoming a public, legal space inspected and regulated by the state.

Dr Sascha Auerbach is a lecturer at Nottingham University and author of Race, Law and ‘The Chinese Puzzle’ in Imperial Britain (Palgrave, 2009).

Ben Mountford focuses on the Australian participation in the Boxer War to examine how Britons at home, in China and in Australia perceived the Australian contribution and its implications for Britain’s imperial future and the growing importance of ‘Greater Britain’ to British interests in Asia.

Dr Sophie Loy Wilson is a Lecturer in Australian Studies at Deakin University, where she teaches and writes about Australian history in a transnational context, with a particular focus on anticolonialism and China-Australia relations in the first half of the twentieth century.

The launch of the SHAPS Asia History Hub website will be held this Friday 20 September, 9:30am – 12:00pm (followed by lunch), in the Linkway Function Room, Level 4 John Medley Building, University of Melbourne. The launch will be accompanied by an academic workshop at which graduate students will present short papers on their topics, including Jessica Melvin (SHAPS), ‘Patterns in the violence: documenting the Indonesian genocide’; Hannah Loney (SHAPS), ‘Post-fieldwork reflections from Timor-Leste’; Mark Crosbie (Asia Institute), ‘Fictionalised hagiography and the 17th century reinvention of Chan Buddhism’; Mayuko Itoh (SHAPS), ‘Dream Chasers: The transnational lives of Japanese migrant women in international marriages’.

Hannah Loney, PhD candidate in SHAPS, was recently involved in organising the Timor-Leste Studies Association’s conference, ‘Understanding Timor-Leste 2013’ in Dili, Timor-Leste from 15-16 July 2013. The TLSA is an interdisciplinary, international research network focused on all aspects of research into East Timorese society, including politics and history, economics, communications, health, language and agriculture. For more information about the conference, see http://www.tlstudies.org/ConferenceEng2013.html

Professor Pat Grimshaw launches The Old World and the New: The Marriage and Colonial Adventures of Lord and Lady Northcote by former graduate student Elizabeth Taylor. Prior to his appointment as Australia’s third Governor-General (1904-1908), Northcote was Governor of Bombay from November 1899. Chapters 3 & 4 deal with the twin expressions of control and assistance wrought by this colonial couple through their Indian posting: Harry’s ‘attempts to deal with catastrophic famine and recurrent epidemics’, and Alice’s activities which included ‘proselytising, by means of the Dufferin Fund, for Western mores in the area of women’s health’. 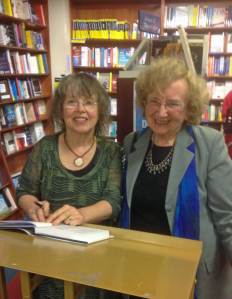 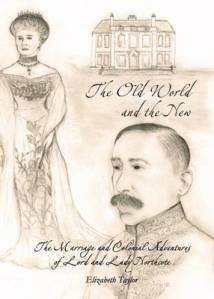